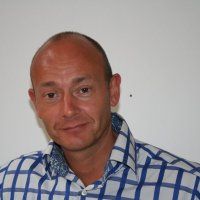 Job vacancies have hit their highest levels since records began with more than 1.2 million  jobs vacancies in the UK, according to the latest data from Adzuna.

The void has been created by the rapid economic recovery, compounded by Brexit and Covid-19 restrictions.

However, the rebound in hiring has also been met with a spike in jobseekers.

A review of where the highest numbers of unemployed claimants are based reveals the jobs inequity in the UK – with two thirds of the highest claimant locations being outside of the South & Midlands.

And whilst Technology professionals are in high demand – along with construction, logistics and care workers – recent research amongst over 1,000 UK tech workers from the Confidence Index 2021 highlights unrest amongst UK tech workers.

After a year of uncertainty in the employment market, UK tech workers now have their sights set on their next career move, with just one in three (29%) planning to stay in their current role in the next 12 months.

This impending ‘tech-xodus’ is going to put even more pressure on employers with almost half of UK businesses (46%) already reporting they struggle to hire the tech skills they need.

It’s going to be fascinating to watch which employer brands thrive and which dwindle.

Job creation in services hits fastest pace in seven years but UK economy's dominant sector could fuel inflation The IHS Markit/CIPS Purchasing Managers' Index had a reading of 62.4 in June Private sector recruitment also grew at its most rapid rate since 1998. Hospitality and leisure experienced the worst squeeze in staff shortages The UK's services sector continued to rapidly expand in June as job creation grew at its quickest pace in seven years, new figures released today showed. The latest IHS Markit/CIPS Purchasing Managers' Index showed a reading of 62.4 in June, the second-highest level in almost eight years, and only 0.5 points down on the index's record set in May. Any number higher than 50 on the monthly survey indicates expansion.  Companies reported receiving a 'sharp rise' in new orders and a continued boost from looser Covid-19 restrictions releasing pent-up demand, as well as reports of growing business investment and new project launch...

Urgent and Important ........and why NOW
Sian Blurton

IMPROVE YOUR D,E AND I THROUGH BETTER MESSAGING AND CHANNELS
Paula Simmons